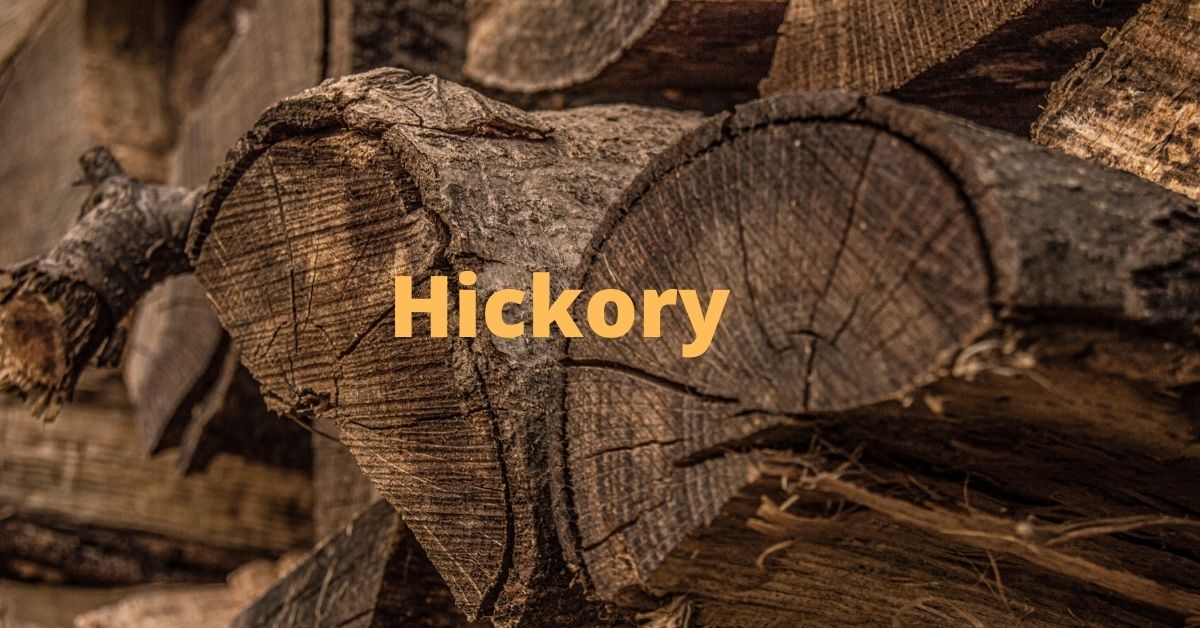 Hickory is high-quality hard firewood used for multiple purposes across the globe. It offers a fantastic burning experience.

Hickory firewood is widely used across the United States for cooking, campfires, and heating homes. The fireplace of your home should be equipped with hard, dense wood for a long-lasting effect.

Hickory has proven to be the best experience for household fireplaces.its Average BTU is 25 Million per cord. its firewood burns hot and gives enough heat to keep your room warm for a significant time.

It takes more time to start burning than the other firewood,

but once created can last up to extended hours. The coals of hickory possess even more heating capacity that they can last through the whole night. The burning time of one log of hickory is almost four hours.

Seasoning is the period that the firewood requires to dry out. Each firewood type requires its own time to get dried. Some get seasoned in 6-8 months; others need more than a year to dry. Seasoning of hickory also takes a long time, approximately an entire year.

Similarly, the raw green hickory has an 80% moisture level and requires a long time to ignite when burned.

Green hickory is very smoky and should not be burned if not seasoned properly. After proper seasoning of hickory, the moisture level reduces to only 20%, and the same goes for its smoke content.

The climate is the main factor affecting the seasoning process of firewood. The dry climate is more suitable for hickory seasoning;

the seasoning time of hickory in a dry environment can be achieved in less than 12 months. For its efficient burning, the hickory should be used after proper seasoning.

How to identify Hickory Wood?

Identifying hickory wood is essential. As all the wood trees look similar, it becomes difficult to find out the type. Following are the critical five points to keep in mind about hickory tree identification.

Hickory leaves can be differentiated from other tree leaves because they are long and narrow with serrated edges. Numerous leaves grow from each stalk. The length of hickory leaves ranges from 2 inches to 8 inches.

The hickory tree’s bark has vertical ridges arranged securely or maybe far apart from each other. The bark is gray in color and peels easily when the tree matures.

The outer shell of hickory nuts is woody or husk. The exterior is green in color at the start, but it gets darker when it matures. The color of the inside nut is white or tan.

The pith of hickory wood is 5-sided or star-shaped, tan in color. The solid core has no sponge on the honeycomb-like midsection.

Different species of hickory firewood are available. All of the species are good to use for burning purposes. Despite having similarities among all species, the BTU differs from one species to another. All species differ from each other in appearance.

The following are the different varieties of hickory firewood.

Its smoky aroma is used to flavor the meat. The wood of shagbark hickory is mostly used as firewood because of its incredible burning property.

The pignut hickory, the tall and large trees found in Canada and Eastern United States. They are not so abundantly present as compared to other species of the hickory family.

Due to its high-heating quality, it is used as a home heating fuel.

Bitternut hickory is the most abundant type of hickory present across a significant part of the Eastern United States.

Its durability and strength make it perfect to use for furniture, tool handles, ladders, and paneling purposes. The smoky aroma of bitternut hickory is primarily used for smoking meat.

It also posses an extended-lasting heating capacity to use as firewood.

The mockernut hickory is also among the most abundant types of hickories. It is the most lived species, can live up to 500 years.

Found in the United States’ eastern side, this species of the hickory family is famous for its strength, flexibility, and hardness.

The mockernut hickory is the most preferred type of hickory used for smoking hams. It is also being used for charcoal and other fuel-wood products.

Hickory is an excellent option to use for burning purposes. It ranks second among the best heat-output firewood. Comparing the heat output of different firewood, hickory and black locust are considered the best among others. The BTUs of hickory are as follows:

Let us have a look at the characteristics of hickory wood. This heavy, shock-resistant, and incredibly strong firewood has the following extraordinary qualities:

Heat output is an essential feature of any firewood. Hickory has considered it acceptable to have a high heating capacity.

Its long-lasting heating effect makes it best to use in house heating fireplaces. Hickory has produced the hottest flames among all firewood. It tends to last longer than other woods.

The best firewood is considered to have a low smoke content. Hickory comes among the leading scarce smoke-producing firewood.

Due to its low smoke content, it is the best to use in house fireplaces and as a campfire. It can be very smoky if not seasoned properly.

It is suitable to use hickory after proper seasoning to be safe from high smoke content.

The critical thing to consider while choosing the firewood for your stove or fireplace is the creosote build-up.

Creosote is black tar, a side-product of burning wood that gets deposited on the wall of chimneys, affecting the ventilation of vents.

Creosote build-up is dangerous because it can catch fire easily. The use of good firewood that is properly seasoned and has a lower creosote level can prevent creosote build-up.

Hickory firewood stands at the top when it comes to its smell. Among all of its exceptional qualities, its smell is a plus point mentioned while discussing its qualities.

Its pleasant, smoky aroma adds life to the barbeque parties. You’ll be amazed to read that condensed hickory smoke is used in smoke flavoring.

Its smoke is used to add flavors to the meat and barbeques. Once you smell the excellent hickory smoke,

it will feed down in your memory and will take you back to the fantastic memories of your winter bonfire parties.

Firewood that possesses a high sparkling property is not considered suitable for house stoves and fireplaces.

The wood that sparks heavily can cause fire menaces. Mulberry is the most sparks producing timber that is not regarded as safe to use in house fireplaces.

Hickory again stands out in making a minimal spark, so it is safest to use in house fireplaces and bonfires.

Good firewood should be less sappy so that it can burn efficiently. Hickory also holds up less sap content that makes it best to use for burning purposes.

Less sap content of hickory firewood allows it to burn for a long time.

The coaling property of hickory firewood is commendable. Hickory coals last longer than any other firewood, making it best to use in fireplaces.

The coal keeps burning throughout the night to keep the room warm and gives you a chill-free sleep.

After knowing a lot about the good qualities of hickory firewood, now it’s time to put some light on its uses. The stiff, strong, and tough Hickory wood is being used for several purposes e.g.

After going through the essay mentioned above about hickory firewood, it can be seen that it is the most frequently used firewood for burning purposes.

Its high heating property makes it perfect to be used as fuel-wood. Knowing about its super properties like the right smell, less smoke content, low sap content, spark-less wood, and less creosote build-up,

we have concluded that it could be the most suitable firewood to use for different burning purposes.